His concert activity has taken him into the major German concert halls, as well as into music metropolis abroad; and his repertoire covers works from the baroque to contemporary music.  Apart from the standard works of the solo and concert literature, Dr. Delorko is also occupied with less recognized composers or thus far unknown compositions, such as the works of Ladislaus Dussek and Robert Schumann, which Delorko has published on CD for the first time.

The range of his artistic activities is also apparent in a variety of radio and television productions.  He recorded Gershwin’s “Rhapsody in Blue” and “Songbook”, as well as Antheil’s “Piano Sonatas” for WDR (West German Radio).  The premiere of Delorko’s

“MIDI Sonata” for piano, computer and synthesizer, as well as various piano recitals, has been broadcast live. He also performed Bernstein’s “Second Symphony” for the Saarland Radio.

In his compositional work, Delorko concerns himself equally with music for piano, chamber music, orchestral works and electronic music.  The piano cycle, “Zeitklang”, first presented in Israel, should be mentioned; the opera, “Die Ey”, first staged in Duesseldorf in 1991; the “Sonata For Two Pianos”; the “Moerrfried Lieder” (Moerrfried Songs) based on the lyrics of Kai Metzger; the oratorio, “Später Vielleicht Dann Die Heimkehr” (Later Perhaps The Homecoming) based on words of Rose Auslaender and his Piano Concerto.  The vocalize “SolLaRe” for soprano, piano, computer and synthesizer was presented live on television.  Additionally, in 2002 he arranged “Pictures at an Exhibition” by Moussorgsky for piano and orchestra.

When Steinway celebrated their “150 Year Jubilee” in 2003, Dr. Delorko created a program, “The History Of The Steinway Piano” for concert and CD, featuring 25 period instruments, at Steinway’s request.

In addition to these CD productions, Ratko Delorko has recorded Beethoven’s “Piano Concertos WoO 4 and No. 2” on period instruments (the remaining Beethoven piano concertos are being prepared), produced a CD with the entire oeuvre of Gershwin  “Rhapsody In Blue”, “Preludes”, etc.) and released a live recording of the “Chopin Recital” at the Berlin Philharmonic.
Arguably, Delorko’s most distinctive concert program is titled, “The History Of The Piano” in which he presents 22 authentic period instruments in original playing condition and plays matching historical compositions for each of them while narrating the piano history.  He is the only artist to present such a program.  Due in part its great success, he has been requested to lecture at The World Piano Pedagogy Conference, The Ohio Music Teachers Association and similar events.  In 2005 he performed, as well as conducted a Master Class, at the University of New Mexico in Albuquerque. In 2005 and 2009 he lectured at the WPPC Conference, Anaheim, in 2007 at the University of Florida and In 2013 he was invited to lecture on piano history at the NCKP Conference, Lombard IL. In 2018 he lectured at Youngstown State University and at the MTNA Conference, Orlando. In 2012-2017 he had guest professorships at the University of Arkansas, Tongij University in Shanghai, Zagreb Music University Croatia, Conservatorio di Fermo, Italy and Vietnam National Music Academy Hanoi.

In 2015 his book on the piano which offers a 360 ° view on the profession has been published by Staccato-Verlag, Düsseldorf.

Ratko Delorko currently teaches Master Classes and lectures at the Hochschule für Musik und Darstellende Kunst Frankfurt (Music University of Frankfurt, Germany) in addition to his tour schedule.  From 2007 on he performed and conducted masterclasses in Malaysia, Russia, Italy, Croatia, the US, China and Vietnam. 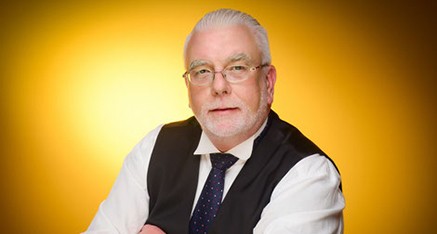 Enquire about, or book Ratko Delorko