David’s Scots Opera Project roles including; Actéon in Charpentier’s Actéon at the The National Trust of Scotland’s Robert Burns Birthplace Museum, The Gaiety Theatre Ayr, The Birnam Arts Centre and a special performance at The Robert Burns Humanitarian Awards and Orpheus in Charpentier’s The Descent O’ Orpheus Tae The Underwarl at NTS’s The Robert Burns Birthplace Museum, The Barrfield Theatre as part of the Largs Viking festival and a performance run at the Edinburgh Fringe Festival, Tamino in Mozart’s The Magic Flute at the Harbour’s Arts Centre, Irvine and the Birnam Arts Centre.

More recently, David has performed in New York, Miami, Dallas and Chicago as part of the Laphroaig Vocal Group and toured Scotland as a vocalist in ‘Mad for Musicals’. In 2018 David performed across Scotland in the concerts Handel by Candlelight and A Portrait of Opera. 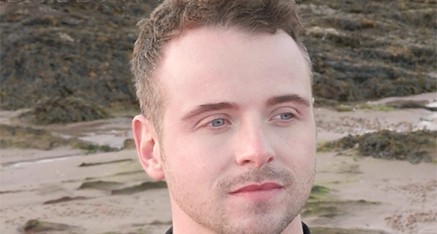 Enquire about, or book David Douglas