Michael Grant studied at the Royal College of Music and the Guildhall School of Music and Drama and works as a classical and jazz performer, composer, arranger and musical director. As a soloist he has performed across five continents, including performances in London at the Wigmore Hall, the Barbican Centre and St John’s Smith Square. At the age of 13 Michael made his television debut performing Paul Desmond’s classic Take Five with his own band on BBC’s Blue Peter live to an audience of five million viewers. He has gone on to perform with some great names in the world of jazz and soul, including the Humphrey Littleton Band and Clem Curtis from the Foundations. In London he has also worked on a number of musicals including Wicked, Avenue Q, Anything Goes, Jesus Christ Superstar, Les Miserables and Phantom of the Opera. As a composer, Michael has written two ballets for London dance companies and two musicals for London Fringe venues. His second musical, Here We Are, was performed in March 2013. 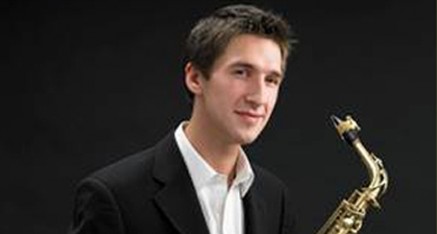 Enquire about, or book Michael Grant