Lily is an accomplished classical soprano from the Nottingham area.  She started singing as a member of the prestigious Cantamus Training Choir and has been performing from a very early age in productions, concerts, corporate and charity events.  Lily has a First Class BA Hons from the London College of Music.

She has successfully played main parts in numerous shows, most recently as Maria in West Side Story.  She has been lucky to work with top entertainment stars such as Michael Xavier, Peter Polycarpou, Maria Friedman and Ramin Karimloo and has performed with several choirs and has been accompanied by full orchestras, jazz, brass and military bands.

Lily has performed at top venues such as Her Majesty’s Theatre and The Royal albert Hall in London, along with venues nearer to home such as the Birmingham Hippodrome, BBC Radio and the Royal Centre Nottingham.

Lily has an “alter ego’ called “Miss Lilly Lovejoy” who entertains at various 1940’s, WW1 and WW2 events around the UK. 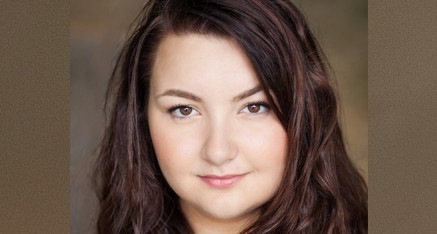 Enquire about, or book Lily Taylor-Ward