Gordana Kostić was born is Serbia and is now permanently based in London, UK. Gordana holds an MMus Degree in Performance Studies, Advanced Diploma, Postgraduate Certificate and Diploma in Singing from the Trinity College of Music in London. She is also a graduate in singing from the Faculty of Music, University of Art in Belgrade. Gordana was awarded a full scholarship to study at Trinity.

Her future engagements include recitals in New York, New Port Amsterdam, and with Schubert Society, London.Gordana has several appearances on the Serbian National TV, Bermudan TV, including an interview with the Radio Free Europe regarding her own recitals with philosophical and challenging context called “War Through the Centuries” listened by millions around Europe. 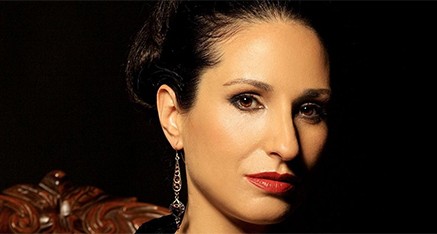 Enquire about, or book Gordana Kostić