Award-winning concert pianist Caroline Tyler has performed at venues including the Barbican Hall in London, Enka Auditorium and Maya Sahnesi in Istanbul, the Barber Institute of Fine Arts in Birmingham, and the Martinu Hall and British Embassy in Prague. She studied with Joan Havill at The Guildhall School Of Music and Drama from 2001 to 2007, graduating with a first-class Honours degree and Masters degree with Distinction in piano performance.

During her studies she was chosen to represent the Guildhall in the inter-collegiate Sir Anthony Lewis Memorial Prize, competing with candidates from the Royal music colleges and Oxbridge. As a result of winning the prize she was asked to perform at various UK venues. Caroline is also the winner of other awards including the Norah Sande Piano Competition, the Christopher Duke Piano Recital Competition and the Anglo-Czech Trust Piano Competition. Caroline also enjoys music education, having given masterclasses and private piano lessons in Istanbul and in the UK, and she has recently become a piano adjudicator for the British and International Federation of Festivals. She is also a solo artist with The Concordia Foundation of London, which has led her to perform full-house concerts in London at St-Martin-In-The-Fields and St James’ Piccadilly. 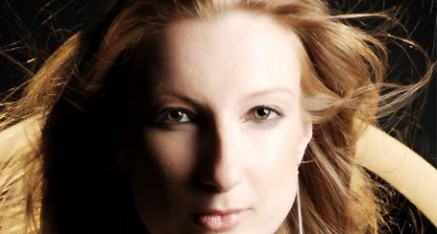 Enquire about, or book Caroline Tyler