Mina Miletić, UK Young Artist of the Year 2007, was born in Belgrade to parents of Serbian and Bulgarian heritage. After attending the Academy of Music in Belgrade where she studied on full scholarship and obtained the BMus with highest distinction, Mina Miletić joined the Postgraduate Performance Course at the Royal Academy of Music in London where she was awarded the E Power Biggs bursary and where she studied with Paul Lewis and Colin Stone. Mina obtained the Postgraduate Diploma in July 2002 and was awarded distinction for her final recital. She was also awarded a special bursary from the Serbian Ministry of Science for 2000/01, received Newby Trust Educational Grant for 2001/02 and 2002/03, Craxton Memorial Trust Award for 2001/02, Sir Richard Stapeley Educational Trust Award for 2002/03 etc.

Mina is also an experienced chamber musician: she regularly performs with the Bulgarian violinist Dimitar Burov. Recently they have released a CD featuring works by Grieg, Debussy and Shostakovich.

Mina recently completed her doctoral thesis on ‘Interpretation of Impressionistic Piano Music’. For five years (2004-2009) she was the Honorary Secretary of the Beethoven Piano Society of Europe. Since 2003 she is a visiting piano teacher at Harrow School and is active as a contributor and reviewer for the ‘Arietta’ Journal. Mina has also given master-classes in Armenia, Bulgaria and Serbia and is increasingly engaged as an adjudicator for festivals and competitions. For two consecutive years (2008 and 2009) she was in the jury of the International Piano Competition ‘Davorin Jenko’ in Belgrade.

A versatile personality, Mina shows interests in various forms of artistic expression. She has won prizes in literary competitions and has published short stories in several anthologies. In February 2009 Mina was named Belgrade Ambassador of Ecology and in July 2009 was voted in the Top 10 Most Successful Young Serbs in the World. 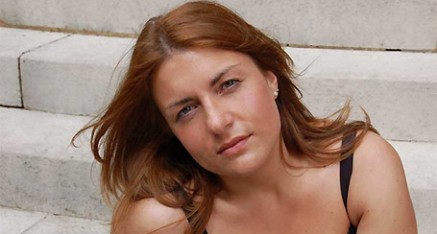 Enquire about, or book Mina Miletic