Marco Fatichenti was born in Italy in 1980. After receiving his Diploma at the Rossini Conservatoire in Pesaro, Italy, he moved to the United States to continue his studies in the class of eminent pianist Joaquin Achucarro at the Southern Methodist University, Dallas. At this institution, by the age of twenty-one he completed an Artist Certificate program and consequently a Master of Music in Piano Performace.

In 2002 Marco was granted a full scholarship to attend the Royal Academy of Music to study with Professor Christopher Elton. Having been a recipient for two consecutive years of the Myra Hess Scholarship, presented by the Musicians Benevolent Fund, and of a prestigious grant by the George Solti Foundation, Marco finished his formal studies receiving the highly coveted DipRAM award.

A keen performer both as recitalist and chamber musician, Marco has performed in some of the most prestigious venues across Europe and the United States, including the Auditorio Nacional de Musica in Madrid, the Teatro Arriaga in Bilbao, the Auditori in Barcelona, the National Concert Hall in Dublin and Birmingham’s Symphony Hall. Recent highlights include an invitation by the Italian Minister for Foreign Affairs to perform at the EXPO in Saragozza, performing on the revolutionary instrument Fazioli ‘Onda’, his debut at Wigmore Hall collaborating with the Pavao String Quartet and a chamber recital in the Palau de la Musica in Valencia.

His performances have been recorded and broadcasted by the Spanish RTVE, Irish RTE, Polskie Radio and several times by the BBC, including a live appearance in the program ‘In tune’ presented by Sean Rafferty. Marco has also released two albums under the Jaques Samuel label, which have received roaring press reviews as well as a great success among the public.

Marco has become a very sought after teacher and lecturer, being invited to take a position at Uppingham School and holding annual masterclasses in the prestigious National Young Pianists’ Week. 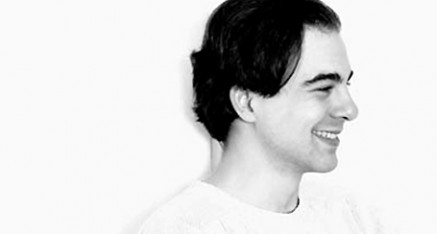 Enquire about, or book Marco Fatichenti