Welsh Soprano, Gwawr Edwards is one of Wales leading talents. She is in constant demand in the UK, and further afield – born into a farming family in Ceredigion, west Wales, and culturally was nurtured in the rich Eisteddfod tradition giving her a solid foundation for her future career. At the age of eleven, she took part in her first concert tour of America, along with her father and sister, singing, playing the harp, and piano duets. She has since returned on numerous other occasions touring the States, as well as traveling to Beijing, Hong Kong, Europe and South America.

Gwawr has studied at many prestigious institutions including Royal Welsh College of Music and Drama, The Conservatorio Statale di Musica ‘Giuseppe Verdi’ in Turin, Guildhall School of Music and Drama in London where she gained a first class Masters degree. In 2010, Gwawr was a finalist in the BBC Radio 2’s Dame Kiri Te Kanawa Prize – a search for an ‘opera star of the future’ and the recipient of many other awards. A debut album was released the same year featuring Bryn Terfel and Catrin Finch to great acclaim. She recently toured the UK with Bryn Terfel performing at Birmingham Symphony Hall, London Festival Hall, Manchester Bridgewater Hall, and Cardiff St David’s Hall accompanied by the Liverpool Philharmonic Orchestra, and also toured with Only Men Aloud a few years ago. She is a regular artist on Welsh Television, has her own Radio show and has been a soloist on BBC Radio 2’s ‘Friday Night is Music Night’ on numerous occasions accompanied by the BBC Concert Orchestra. She has performed at all the major concert halls and for many prestigious audiences including Queen Elizabeth II.

I Could Have Danced All Night

The Power of Love 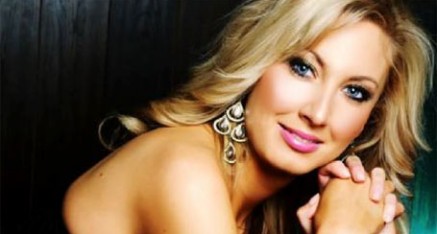 Enquire about, or book Gwawr Edwards

Welsh language songs can of course be offered in English.