Declan Zapala is an internationally celebrated young classical guitarist from the UK. The music he plays is a fresh and captivating mixture of not only solo classical concert repertoire spanning many periods, but also more modern virtuosic folk-influenced percussive guitar music. Whether you are a regular concert aficionado or simply exploring something new, Declan’s music has something for everyone, so join him as he leads the classical guitar into the 21st Century.

Born in 1985 in Watford, England, Declan studied guitar from the age of 10 at Watford School of Music with the celebrated UK guitarist, Lee Sollory. Declan quickly took to the instrument and while studying there won first place in the guitar category in the Watford Festival many years running, and his contribution towards the school landed him with the Senior Guitar Award in 2004 shortly before attaining a place to study on the Tonmeister™ course at the University of Surrey.

Declan studied under the esteemed composer and guitarists Dr Stephen Goss during his time at the University of Surrey, and received additional coaching from the renowned UK teacher Richard Wright. Declan achieved his BMus in Music and Sound Recording in 2008 but before doing so explored a colourful career as a sound engineer alongside his studies, working for the London-based classical recording service ‘Floating Earth’. During his time with the company Declan worked as an assistant sound engineer with various prestigious record labels including Universal Classics, Signum Records, and Warner Classics, recording many international artists including Lang Lang, Katherine Jenkins, Elin Manahan-Thomas & the Sixteen Choir, the Swingle Singers, Shlomo Mintz, and every major UK orchestra. His experience in the classical recording industry helped him to win the AMS/Neve Prize for Most Natural Sounding Recording in 2008, awarded to him by the University of Surrey when he graduated.

Since beginning his journey on the guitar Declan has gone on to play many international festivals including the Koblenz guitar festival in Germany, and the SoundSCAPE festival in Maccagno, Italy, in which this year he came second place in the performance prize for innovation and promise as both a performer and a composer. He has also recently won many UK based competitions including ‘The Big One’ UK talent competition in 2010 in which he won 1st prize for his performance of his own composition Crystal.

With far-reaching experience and knowledge in performing, recording, composing, arranging, teaching, and lecturing, Declan is now a masters student of performance at the Royal College of Music in London. His concerts are a chance to experience and enjoy the beauty of the classical guitar commanded with a strong sense of historical insight, but with an innovation and creativity that leaves the instrument feeling fresh and exciting. 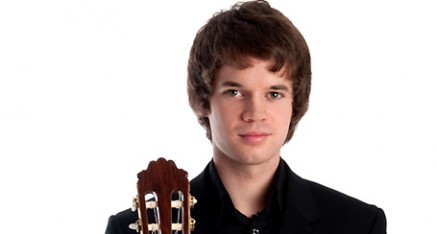 Enquire about, or book Declan Zapala 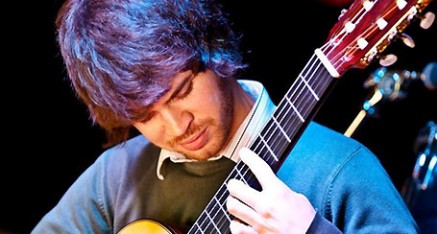