Sir James Galway is regarded as both the supreme interpreter of the classical flute repertoire and a consummate entertainer whose appeal crosses all musical boundaries.

Sir James has made himself a legend, a modern musical master whose virtuosity on the flute is equaled only by his limitless ambitions and vision. Through his extensive touring, over 30 million albums sold and his frequent international television appearances, Sir James has endeared himself to millions worldwide and is a tireless promoter of the arts.

Sir James has played for such dignitaries as Queen Elizabeth II, Pope John Paul II, President Clinton, President George W. Bush, President George H.W. Bush, President Mary McAleese, Prince Charles, HRH The Princess Royal, The Empress of Japan, The Queen of Norway, Princess Diana, TRH The Earl and Countess of Wessex, TRH The Duke and Duchess of Kent, and most recently President Shimon Peres, and shared the stage with an amazing array of entertainers including Stevie Wonder, Henry Mancini, John Denver, Elton John, the Chieftains, Ray Charles, Joni Mitchell, Jessye Norman, Cleo Laine and Andrea Bocelli. He performed with Pink Floyd in their memorable concert at the Berlin Wall, was part of the Nobel Peace concert in Norway and performed at the G Seven summit hosted by Queen Elizabeth II in Buckingham Palace. 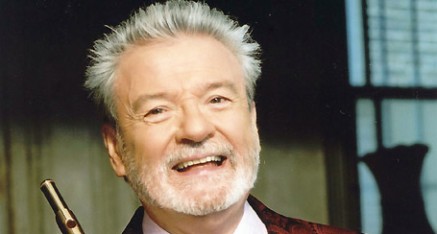