Emily has recorded for BBC Radio 3 and Channel 4 and has performed for the Maltese Government, at Buckingham Palace, Colston Hall Bristol, Cliveden House, Victoria and Albert Museum, Linbury Theatre ROH, and the Royal Overseas League. Other chamber music performances include working with members of the Berlin Philharmonic Orchestra and New York Philharmonic Orchestra.

He has performed extensively throughout the UK and overseas as a solo and duo recitalist including at the Purcell room, Cadogan Hall, Colston Hall, Cliveden House, for BBC Radio 3, and onboard Cunard Queen Elizabeth and Queen Mary 2. Other noteable performances include for HRH The Prince of Wales, former President Ramos of the Philippines, and most recently performing as a soloist with the Bristol Chamber Orchestra. As a composer prizes include the BBC Guardian Proms Young composer award, and performances at the Wigmore Hall, for BBC Radio 3, collaborations with the BBC Symphony Orchestra, as well as arranging music for both professional musicians and dancers, and for school performances. 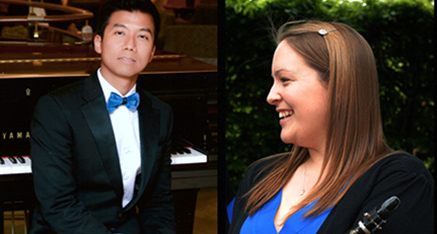 ENQUIRE ABOUT, OR BOOK SFORZANDI DUO