With his “fascinating musical personality and the beguiling beauty of his tone” (Frankfurter Allgemeine Zeitung), cellist Orfeo Mandozzi has captivated audiences throughout Europe, the USA, Canada, Asia and South America.

Orfeo Mandozzi, born in Ticino, made his debut as soloist after only four years of study as part of the Eurovision Young Musicians Competition. He has won first prizes at several international competitions such as the Johannes Brahms Competition (Austria), the Osaka Competition, the UFAM Paris, the Orpheus Competition (Switzerland) and the Illzach Competition (France).

Orfeo Mandozzi, now enjoying a busy career as a soloist, studied cello, composition and conducting at the CNSM Paris, the Milan Conservatory, the Juilliard School New York and the Vienna Music University and was awarded degrees with “summa cum laude” and Mention of Honor. Orfeo Mandozzi has worked closely with several leading cellists such as Mstislav Rostropovich, Yo Yo Ma, Paul Tortelier, Maurice Gendron and Harvey Shapiro. Orfeo Mandozzi enjoys a long-standing working relationship with Boris Kuschnir. Bernard Greenhouse, with whom he has a close musical and personal connection stated that, “he could be one of the leading cellists of our time”.

His international solo career includes tours through nearly all European countries, the United States, South- and Central America and the middle East as well as radio-, television- and CD-productions. A prolific recording artist, Orfeo Mandozzi´s releases reflect his wide-ranging repertoire and include award winning solo and chamber music discs. His world premiere recording of the Fiala cello concertos alone sold over 4000 copies. Award panels have described his playing as “so captivating, one has to hold one’s breath” (pizzicato).

Orfeo Mandozzi has appeared in some of the world’s finest concert halls, including the Carnegie Hall New York, Wigmore Hall London, Vienna Musikverein, the Vienna Konzerthaus, the Cologne Philharmonic Hall, the Casals Hall Tokyo, the Auditorio National Madrid, the Teatro Colón Buenos Aires, the Alice Tully Hall Lincoln Center and the Tonhalle Zurich. The cellist is also in demand as a regular guest at festivals such as the Jerusalem Chamber Music Festival, the Salzburg Festival, the Vienna Festwochen, the Ancona Festival, the Dubrovnik Festival, Prague Spring, the St. Petersburg White Nights Festival, the Ravenna Festival and the Lockenhaus Festival. His highly acclaimed recitals are much sought-after and Mstislav Rostropovich said about his performance of the Boccherini Sonata that, “he has the most beautiful Italian cantilena I have ever heard”.

As well as being an exceptional performer of the standard repertoire, Orfeo Mandozzi works with many contemporary composers and is an advocate of forgotten repertoire (for example works by Nino Rota, Lalo, van Goens, Fiala, Malzat). Next season Orfeo Mandozzi will be busy playing concerts such as a recital in the Vienna Musikverein with Menahem Pressler. Several CDs will be released, including the complete works for piano and cello by Eduardo Lalo.

Orfeo Mandozzi plays on cellos made by Francesco Ruggeri in Cremona (1675) and by Giovanni Grancino „ex Mainardi“ in Milano (1710). 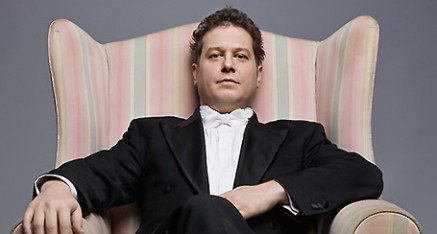 Enquire about, or book Orfeo Mandozzi